Best ways to lose the wrinkles without surgery

More Aussies are turning to non-surgical facelifts to help maintain a youthful appearance. So, what are they and how are they performed?

Whether it’s because of an upswing in video meetings, social media envy, or it’s simply becoming more affordable and acceptable, one thing is for sure, interest in cosmetic enhancement is growing.

In particular, demand for non-invasive aesthetic treatment, often referred to as a non-surgical facelift, is surging.

It’s not just women climbing on the bandwagon either.

According to the American Society of Plastic Surgeons non-surgical procedures among men have increased 72 per cent compared with 2000.

What is a non-surgical facelift?

A non-surgical facelift essentially refers to a range of cosmetic treatments that do not require surgery but can address some of the common effects of ageing, according to Cosmetic Avenue cosmetic surgeon Dr Hudaifa Obaidi.

“When we age, the first thing we lose is volume – we lose it from muscle, from skin elasticity – so we’re trying to replace volume and tighten the skin,” Dr Obaidi says.

While not as long lasting as a surgical facelift, he says advantages of non-surgical treatments include less bruising and recovery time, and they’re less expensive.

What are some examples of non-surgical facelift?

There are a range of non-surgical modalities to treat ageing concerns of the face, but which is right for you depends on the individual, cosmetic physician Dr Frank Barbagallo explains.

“There are different ways of addressing different components of what the lift would entail, and which configuration of treatments the person is comfortable with,” Dr Barbagallo says.

These include anti-wrinkle injections such as Botox or Dysport, dermal fillers or fat-dissolving treatments.

“Anti-wrinkle medicines are used to lift features that are sagging … we can do a non-surgical brow lift, lift the corners of the mouth, we can lift the jawline and the neck to a degree,” Dr Barbagallo says.

“Dermal fillers can be used to respring the canvas of the face and restore volume in tissues that are hollowing out or sagging.

“Other injectables are medicines that can dissolve fat and slim the area.”

“If you want to add volume, this involves taking fat from an area where you have excess and injecting it into the face,” Dr Obaidi says.

“They call it a two-in-one procedure because you have to do a liposuction, but it can improve the skin quality because it has stem cells in it.”

“In the era of non-surgical facelift we’re talking about devices that tighten and lift the skin and the underlying connective tissue,” he says.

“A healing response then generates the person’s own collagen, which causes tightening and lifting of the skin over time.

“It’s not as effective as surgery, but in terms of being non-surgical, it’s giving us something where previously we didn’t have anything.”

A “thread lift” involves the use of dissolvable suture material that has small barbs being inserted under the skin in the subcutaneous plane, says Cosmetic Avenue cosmetic surgeon Dr Tony Prochazka.

“The barbs run in opposite directions under the surface of the skin and anchor to the subdermis to create tension and prevent sagging,” Dr Prochazka says.

The process is performed under local anaesthetic and there is often some discomfort for a couple of days following the treatment.

While advancements have been made in non-surgical cosmetic treatments, Dr Prochazka says no treatment is as effective as a surgical lift.

“I can be confident that pretty much all my patients will get a good result from their (surgical) facelift,” he says.

“They’ll achieve a significant and long-lasting lifting with a surgical facelift.

“I simply can’t guarantee that with any of the non-surgical treatments.”

A surgical face lift can last up to 10 years, while depending on the type of treatment and the individual, Dr Barbarello says results from a successful non-surgical cosmetic procedure might still be apparent for up to 18 months to two years.

“When you’re looking at the non-surgical approach, you can do these treatments as part of a plan, so it’s an incremental process of improvement,” he says.

“Generally non-surgical is done as a process so the cost per treatment is low and affordable, and the total cost is spread over time.

“There is far less recovery and downtime to be slotted in.

“Many people like the concept of a gradual improvement over time where they just look healthier, more restored, more refreshed.” 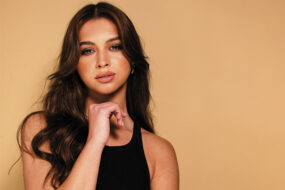