Looking for chic insta-worthy hair inspo? Here are some of the latest hair trends buzzing on social media and how to achieve them.

Whether you have thick, thin, curly or straight hair, there are plenty of trendy styles from different continents that can help you bring the best out of your beautiful locks.

Be it from East Asia or the West, TikTok has given its users plenty of ideas on how to have a little fun with their hair and here are some of them.

With short and choppy layers on the crown of the head that eventually grows thinner as it gets longer, this edgy and untamed voluminous look is one that has Gen Z (including Billie Eilish) talking.

Arguably one of the most popular hairstyles on TikTok, #wolfcut has attracted over one billion views.

Though tricky, YouTuber Tina Engeo demonstrates it is achievable if you’re brave enough to try.

“I’m going to put my hair in a half ponytail but kind of pull it to the front,” Tina says in her video, before pulling the ponytail over her head to the front of her face and cutting the hair at nose level.

Tina then proceeds to tie most of the rest of her hair into another ponytail.

With basic frontal bangs and longer cheek-length locks to frame the face, this regal-looking hairstyle has gained over 16 million views on TikTok’s #himecut.

Korean Youtuber YOUIS did a quick DIY tutorial on the right length for the hairstyle’s sidelocks.

“I made it so that it drops down from the tip of my mouth,” she says in the video.

With over 200,000 views on #jellyfishcut, this relatively new TikTok trend makes it look as though there’s a jellyfish on your head but in a stylish way.

“Short layers at the top and then long layers at the bottom,” she says in one of the three part videos, “It’s super blunt, kind of like a Hime Cut and it’s very bulky.”

With over 47 million TikTok views, K-pop idols such as IU have often been seen sporting the “faux baby hair” trend.

This hairstyle frames the face with short strands of hair along the hairline so the face appears smaller, a sought after trait according to Korean beauty standards.

UK-based Korean TikTok influencer Jenny Joung shared a quick tutorial on how to achieve the look.

This “I just got out of the shower”’ look works perfectly on both short and long hair, with over a million views on TikTok’s #wethairstyle.

Simple but chic, it’s enough to turn you into celebrity-material like Kim Kardashian.

YouTuber Milabu describes the easy process to achieve this look.

“You have to start with wet or damp hair,” she said in her video.

“Brush it out to where (you) want the hair to lay.”

“Find some kind of gel or a paste or a pomade so you can work through your hair and then when it sets in place, your hair won’t move.” How to rock ’90s bombshell hair 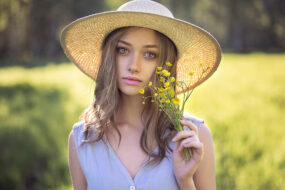 Why hair oiling may be the key to nourishing your locks How rewilding can work wonders for your skin 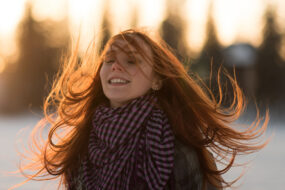 Five ways to improve your hair’s health in winter