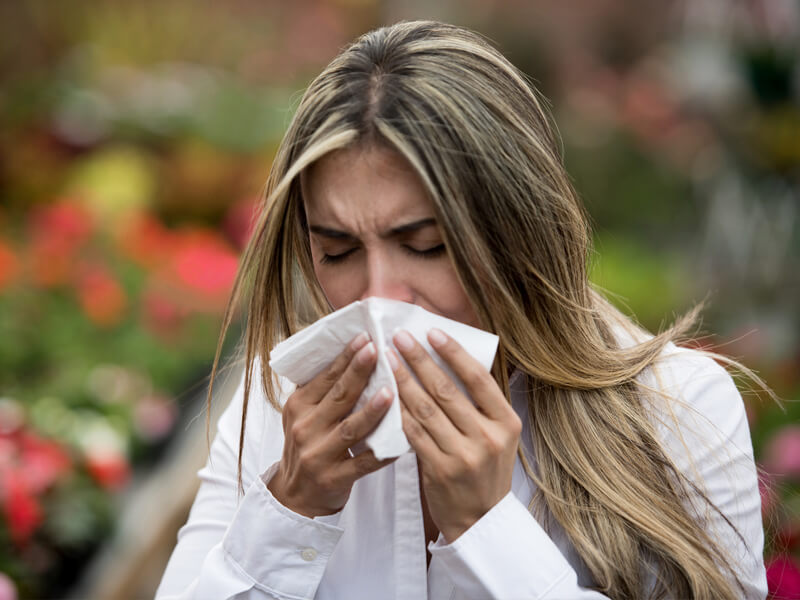 How to handle hay fever

About one in five Australians suffers from hay fever.

While some people experience symptoms now and again, for others they are persistent, severe and can disrupt sleep, concentration and daily life.

When your nose or eyes come into contact with microscopic allergens, your immune system identifies these airborne substances as harmful and produces antibodies against them.

“The body misrecognises them as being potentially harmful – like a bacteria or virus – and it tries to expel it from the body by producing mucus and the eyes tearing up,” says University of Melbourne pollen count team associate co-ordinator Professor Ed Newbigin.

In spring the allergens can be from the windborne pollen of plants like some types of grass.

“Hay fever is seasonal allergic rhinitis – in south-eastern Australia you get it as we come in to spring and early summer, so it will start around October or November,” Prof Newbigin says.

In Western Australia, hay fever caused by pollen can begin in late July or early August.

In the Northern Territory, grass pollens are at their most potent levels from April, while in Queensland the peak hay fever season is from December to April.

How serious is hay fever?

What are the treatment options for hay fever?

There are many treatment options available so talk with your doctor or pharmacist.

A referral to a clinical immunology or allergy specialist may be required for testing.

Prof Tang says while there is no cure for hay fever yet, there are plenty of options to control the symptoms.

Prof Tang says if you have symptoms more than four days a week, for more than fourweeks a year, you may need a topical corticosteroid nasal spray.

“If you have had inflammation present for a while, you’ll start having congestion or blockage, so anyone who has that symptom should really go straight onto a topical corticosteroid nasal spray,” Prof Tang says.

Also known as desensitisation, this long-term strategy can reduce the severity of symptoms and the need for regular medications.

Prof Tang says it involves the administration of regular, gradually increasing amounts of environmental allergen extracts, by injections or by sublingual tablets, sprays or drops (under the tongue).

“If you do manage hay fever you are less likely to see it develop into asthma and sinusitis, which can happen,” Prof Newbigin says.

“People think, ‘It’s just hay fever, toughen up’, but it can get worse, which is why it’s important to manage it as best as possible.”

Thankfully, the condition is easily controlled and there are lots of things you can do to manage it better.

Check out pharmacist and master herbalist Gerald Quigley’s tips for keeping hay fever in check, as well as advice on how to take medicines safely.

Updated by Bianca Carmona in August 2021.