Is the Mediterranean diet best for meeting dietary needs?

Aussies are missing vital nutrients in our daily food intake, and dieticians believe the popular Mediterranean diet could be the key to filling the gaps.

Australians may be blessed with the kind of fresh produce that is the envy of the world, but statistics show we are not eating enough of it.

Around 90 per cent of Aussie adults do not eat the recommended 5-6 serves of vegetables a day, according to an ABS National Health Survey.

And one in two do not eat the recommended two serves of fruit or more.

With such a huge nutritional gap to fill, it seems the way we eat needs a helping hand.

Benefits of the Mediterranean diet

It can be difficult to find a way of eating that manages to fulfil all of our daily dietary requirements, but dietitian Milly Smith says the Mediterranean diet comes very close.

“If you look at the Mediterranean diet, you’ll notice a lot of similarities with Australia’s current dietary guidelines,” Milly says.

The Mediterranean diet is largely plant-based with a focus on legumes, fruits, vegetables, nuts and seeds, fish and healthy fats.

“The Mediterranean style diet would certainly be a really effective way to mitigate shortfalls in meeting core food groups because of the emphasis on a mix of varieties of food,” Milly says.

It also packs a punch when it comes to its impact on health, according to dietitian Chloe McLeod.

“The Mediterranean diet really is a standout when it comes to health benefits,” Chloe says.

“It has been associated with improved mental health and cognition, heart health including prevention of cardiovascular disease, weight management, reduced inflammation, and regulation of blood glucose levels.”

So, what are the guidelines for eating Mediterranean style?

Chloe, who is also the co-founder of Health and Performance Collective, says along with being largely plant-based, it also includes moderate amounts of eggs, dairy and poultry and includes minimal amounts of red meat, processed meats, refined oils, and highly processed foods.

She says the aim is not to rigidly adhere to the diet but adopt its principles and make strategic swaps where you need to.

Milly says when people look at these diets, it can seem quite overwhelming.

“But you can tweak what you’re already having to make it fit closer to a more Mediterranean style of eating,” she says.

“If you would normally have a wrap with some salami and cheese for lunch, you could tweak that and use a whole grain wrap, add in tinned tuna and some mixed salad and drizzle with an olive oil-based dressing.”

Chloe suggests focusing on what you can include rather than what you need to remove.

She recommends looking at how to incorporate a more diverse range of plant foods into your diet such as swapping blueberries for mixed berries or lettuce for a mixed leaves mix. 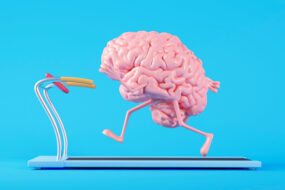 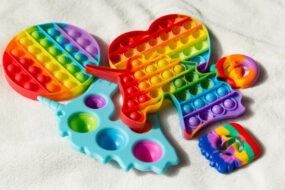