“I survived a workout with F45’s biggest super star”

She has bulging abs and biceps, and almost 10 million social media followers. But what’s the secret to freakishly fit F45 star Paige Hathaway’s physique? Laeta Crawford joins her for a gruelling workout.

As a self-confessed F45 tragic, I jumped at the chance to sweat through a workout with the cult fitness brand’s global ambassador, Paige Hathaway.

Hathaway is a US fitness model and social media powerhouse with four million Instagram and 5.6 million Facebook fans – and a body to die for.

Yes, what was I thinking?

For those not in the know, F45 training is a high-tech mix of high-intensity interval training (HIIT), circuit and functional training rolled into a 45-60 minute sweat sesh.

There are more than 30 different workouts with crazy names such as Wingman and Angry Birds, made up of exercises from a repertoire of thousands. Every studio around the world does the same workout on the same day, and no two workouts are alike.

I followed two places behind Paige and her training partner, all the while trying – and failing – to replicate her intensity.

From the sled push (complete with an extra 20kg on it) and burpees, to the chin-ups, rowing machine, battle ropes and bosu ball squats, I sweated in her wake. Literally.

At one point I followed straight on to the bike that Paige had used, priding myself on keeping it at the same resistance. Ha, who was I kidding?

Her weights were heavier, her bench jumps higher and her chin-ups deeper. But with about 15 years on Paige, I still managed to smash out a great session, happily joining in the obligatory high-fives when the class finished.

And while I’m nowhere near as fit or cut as my F45 hero, I did realised we share one trait in common – we definitely both sweat. 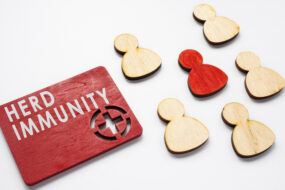 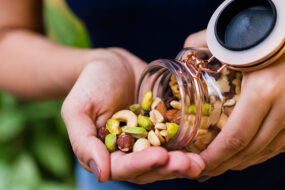