J-Lo stunned with her pole dancing moves in Hollywood blockbuster Hustlers; but she’s far from the only one taking up ancient art.

Jennifer Lopez aside (although shots of her in the best shape of her life after filming Hustlers has no doubt helped), research shows a growing number of women are taking to pole dancing as a form of exercise.

Perth fitness junkie Kelly O’Reilly discovered pole dancing in 2012 after a back injury sidelined her from triathlons, and instantly loved the full-body workout it provided.

“I’d done gymnastics, cheerleading, ballet, aerobics and lots of other things and so I was an adult when I discovered pole dancing,” the 53-year-old financial controller says.

“It’s a great way to keep fit, it tones my whole body and it’s such a lovely community to be involved in. Apart from everything else, it’s lots of fun!”

The physical and mental benefits of pole dancing

Research from The University of Western Australia shows Kelly isn’t alone, with pole dancing quickly growing in popularity across Australia.

Dr Joanna Nicholas, of UWA’s School of Human Sciences, says though there’s still some stigma associated with the art form, many women are finding great benefits for their mental and physical health.

“Pole dancing is unique as it combines three forms of exercise – cardiovascular fitness, muscular strength and flexibility – so it’s a good choice for achieving different types of exercise in one workout,” she says.

In a separate study, the sports scientist found any negative connotations or judgments from outsiders only seemed to strengthen the bonds of those within the pole dancing community.

“Classes create an environment where there is a strong sense of inclusion and acceptance,” she says.

Dr Nicholas points out the activity has evolved from both eastern and western influences, with Chinese and Indian pole activity dating back centuries.

“More recently in western culture (it’s been used) within striptease and exotic dancing which is what many people associate it with, and which initially limited its uptake as a legitimate form of exercise,” she says.

The Sydney-based trainer says devotees are embracing the activity as the ideal workout for increasing strength and tone, filling the gap where other fitness regimes fall short.

“Little by little, people are finding out about pole,” she says. “There are over 100 tricks to learn in my classes including climbing, flipping, spinning, handstands, cartwheels, leg locks and holds so it is challenging but very rewarding as you master the moves.

“We’re very much focused on the gymnastics aspects of the sport, rather than the dance side and it’s a fun way to do things that may seem tiring in a gym.

“The mental benefits as well as the physical are enormous and it’s never boring, that’s for sure.”

Coming to an area near you

The UWA study reported that from a mere four studios in 2004, there were at least 118 pole dancing schools across Australia in 2018.

“I’ve done one Felix Cane Amateur Pole Competition and I’d love to do more and there are people doing it who are older than me. I have no plans to give up!” 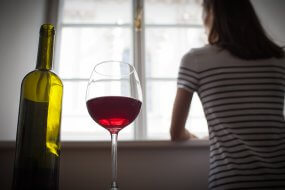 How to look after yourself if you get coronavirus