Former newsreader and Victorian Multicultural Commissioner Helen Kapalos is so passionate about breaking the stigma around medicinal cannabis that she directed, wrote and produced a documentary on it.

It was while filming a story on inoperable bowel cancer sufferer Dan Haslam for Channel Seven’s Sunday Night program in 2014 that journalist Helen Kapalos became a passionate advocate for medicinal marijuana.

In his interview, Dan – who had more than 40 tumours on his liver – spoke about having to illegally source the drug on the black market to provide some relief from the nausea, appetite loss and vomiting that followed chemotherapy for his terminal cancer.

Like many users of medicinal cannabis, the Tamworth resident ingested it as a specially prepared oil. 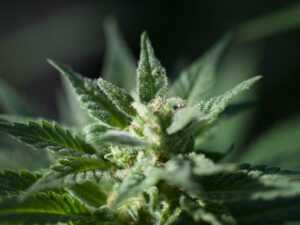 Deeply moved by what she learned, a month after Dan died in February 2015, Helen quit her successful television career.

She took out a considerable loan to “document the truth about medical marijuana”, telling the bank the money was for kitchen renovations.

“There was a bigger story and it was one I wanted to tell. Before meeting Dan, all I knew was that people treated chronic pain with cannabis but that was about the extent of it,” she says.

“I started researching and I realised there was a whole lot of stories and a whole lot of science behind the therapeutic benefits of medicinal marijuana – my sister is a scientist and she helped me translate all of the medical evidence I was reading.

“I realised that family upon family around Australia were using it by stealth; parents sourcing it for kids with intractable epilepsy to help with life-threatening seizures, people with multiple sclerosis; people in pain and those being treated for cancer.”

She then flew to Israel where the largest human trials of medical cannabis are run as a government program, to speak to experts in the field.

“It was a struggle financially and I remember one time at the Coles counter where I was scrambling to find 20c pieces to buy groceries, but even in post-production, I had the sense the story was coming together in the right way and for me it was an important one to tell.”

While making the documentary, Helen took up a four-year role as chair of Victoria’s Multicultural Commission, a position she says came partly as a result of her public advocacy in multiculturalism while on her film-making journey. The debate goes on: An ongoing battle to change minds and rules

A Life of its Own – The Truth about Medical Marijuana was acquired by Netflix and SBS Television and screened nationally to Australian audiences in 2016.

With the climate in Australia slowly shifting as the country moves to limited reform (doctors can apply to the Therapeutic Goods Administration to supply medicinal cannabis to certain patients), Helen is continuing her advocacy work but says she’s still met with scepticism from many.

“I have people asking, how can you advocate for something so addictive for children for example – but medical cannabis oil is very low in THC, the psychoactive component of the plant, and rich in therapeutic CBD,” she says.

“There is a lot of misinformation. I feel as if it is my responsibility to keep fighting for change and to see Australians are educated as to the benefits of marijuana for medicinal use.”