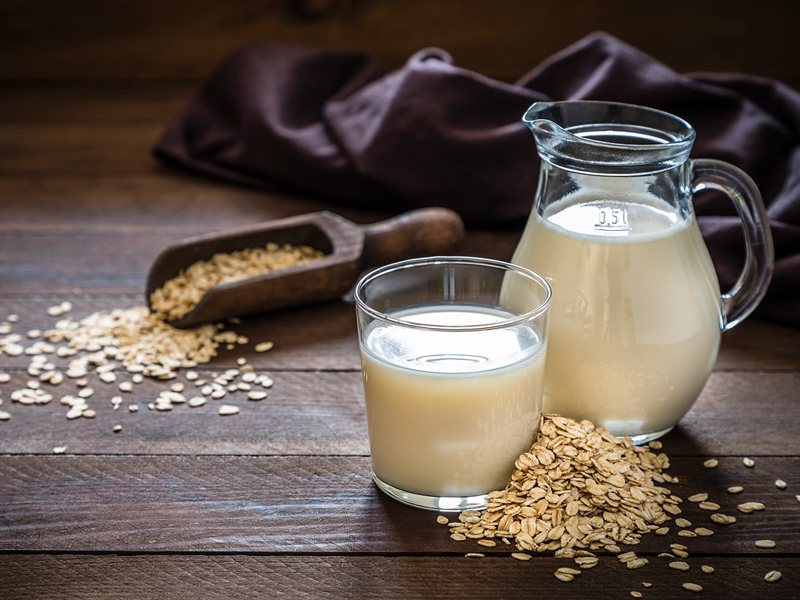 The top plant-based trends to watch in 2022

Plant-based products are becoming increasingly common from what we eat to what we wear. Here’s what you can expect to see more of in 2022.

Driving the trend is health, wellbeing and consumer awareness of our impact on the planet.

Here are some of the plant-based trends making a splash this year.

A handy pantry staple for vegans and the vegan-curious if you’re keen to whip up a pavlova or have a hankering for scrambled eggs.

There is growing interest in plant-based egg alternatives, with the market projected to be worth $1.5 billion by the end of 2026 according to Good Food Institute research.

Substitutes include certain types of seeds, flours as well as synthetic versions.

We’ve all seen the meteoritic rise of plant-based milks such as almond milk or soy milk, but oat milk is now the fastest growing segment in plant-based milk according to online sustainability community site abillion.

Not only is it considered to be the most sustainable and environmentally friendly of dairy-free milks,

it’s also an option for people who have nut allergies and are lactose intolerant.

Oat milk is also likely to go more mainstream this year with brands bringing out a range of flavoured oat milks, including caramel, chai, matcha and banana.

Nutrition Australia dietitian Leanne Elliston says while it has its advantages, it’s important to check the nutrient content.

“It doesn’t compare very well to cow’s milk, as it doesn’t naturally have the protein or calcium,” Leanne says.

“Many varieties also have added sugar and salt.

“If you want to drink it as an alternative beverage then at least look for the varieties with added calcium and less sugar.”

Whether it’s plant-based patties in a Hungry Jack’s Whopper or a cheeky faux chicken burger, major fast-food chains are putting plant-based options on the menu.

Even the golden arches are going vegan, with McDonald’s rolling out its McPlant burger range in America this year.

Tofish and chips or mushroom calamari are just some of the ocean-friendly alternatives on the menu as fake seafood grows in popularity.

Since the start of 2020, the number of people reporting they eat fake seafood and reviewing which are the best brands has been on the rise according to abillion.

The trend is especially noticeable in Asia, with alternatives for tuna, crab, and shrimp among the most common types.

Humans are not the only ones changing up their diet.

Plant-based dog food is helping our furry friends join the cause.

According to a new report, the vegan pet-food market is expected to almost double by 2028 to more than $US15m.

“Dogs are omnivores, meaning that they can eat both meat and plants, and most are quite quick to adjust to a plant-based diet,” PETA Australia’s Emily Rice says.

“Cats are admittedly trickier, and cats are known for sometimes being extremely fussy about food.

“But it can be possible (to feed them vegan) provided you hit all the essential nutrients, like taurine and Vitamin A.”

If you head to the lolly aisle at the supermarket, no doubt you’ll find milk-free chocolate on the shelves as more people look for guilt-free pleasure.

The global vegan chocolate confectionery market is expected to grow at a compound annual growth rate of 14.8 per cent until 2028.

People are ditching the dairy because they’re increasingly aware of the impact on cows and their offspring, plus there are other benefits too, says Emily.

“It requires less water and land to produce and is lower in emissions.”

This new age material has that fine soft feeling of soft leather but without harming animals.

It’s being used more in products like bags, shoes, and wallets, particularly in men’s products.

“In the past, it was made from synthetics, but, these days, you can find vegan leather made of everything including cactus, apple skins, pineapple skins and even mushrooms,” Emily says.

“In all ways, vegan leather made from plants is an upgrade – it’s better for animals and the planet and human health.”