Sitting down for a cuppa with The House of Wellness TV co-host Jo Stanley in her beautifully renovated Art Deco home revealed a calm and more reflective side to the popular presenter.

On the day we arrive for her photoshoot there is comfortable chaos in Jo Stanley’s home.

While 10-year-old daughter Willow is at school, and husband Darren ‘Daz’ McFarlane has made himself scarce by busying himself upstairs (wise), our team have bustled in, taking over her home with photography equipment, props, and cases of clothes and make-up.

Throughout Jo is accommodating and congenial.

It’s a fun and easy shoot, and after we wrap and the crew clears off, she offers me a cup of tea as we sit and chat.

Life, she tells me, is calmer these days.

It’s a refreshing shift for Jo, who has talked openly in the past of struggles with anxiety, and was blindsided when her radio show was cancelled at the end of 2017.

After two decades of hosting breakfast radio, Jo is now enjoying the freedom of being able to dictate the direction of her day.

“I love being able to do my own thing, I love working from home in my pyjamas, I really enjoy having a creative idea that’s all mine,” the author of children’s book series Play Like a Girl says.

“My days are filled with writing, I’m still doing my columns and working on various book projects.

“There’s a new kids’ book series I’m developing, there’s a sitcom I’ve been working on, and there’s a book that started out as a ‘mindfulness guide to being sacked’, but it’s evolving more into a story of how I learned to be happy.”

As we chat, she mentions she’s volunteering at her daughter’s school’s uniform shop later in the day.

“And I’m the president of the school P&F, you should mention,” she says, laughing.

The truth is she’s learned to juggle her busy schedule with calm precision.

“As soon as I stopped working full time, days can go like that.

“I felt very unproductive and that caused me a great deal of stress so I developed a system where every Sunday I map out my week and I just tick off the boxes. I’m a bit of an admin nerd actually.”

Co-hosting House of Wellness TV has also become an important part of her personal wellbeing.

“I think if there was a TV show like House of Wellness when I was in my 20s, probably I would have had a much happier decade,” she says.

“No one explained to me the link between exercise and mental health, and no one introduced meditation to me.

“I have such a great passion for living mindfully, for consciously making choices that you know are going to make you happier and healthier, and sharing that.”

Second bed destroyed. Socks and shoes chewed. Water bowl spilled everywhere. Just going to have a nap on this apron that my owner didn’t even know she had. Good morning well spent. #puppy #labrador

While Jo has a few more projects bubbling in the pipeline, she says her focus now is to remain truly conscious in the present for her family and herself.

“You don’t know what tomorrow holds, and the anxiety I used to have – and still do – about not knowing what the future holds is really extreme.

“To manage it, and to be free of it, is to think ‘time doesn’t even exist – the future doesn’t exist, so all you have is right now’.” Common winter home safety hazards and how to avoid them 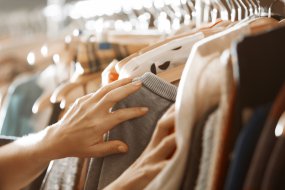 How to claw your way out of a style rut 10 golden rules for parents of teens 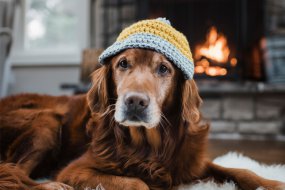