It turns out lipstick can have some amazing powers – it can empower, inspire and make a real difference to women’s mental health. And the Liptember campaign is playing a crucial role.

Since 2010, the national Liptember campaign has driven awareness and support for women’s mental health – all through lipstick.

Each September, people are encouraged to buy a Liptember lipstick from Chemist Warehouse and gain sponsorship for wearing them.

Money raised through the campaign goes to organisations making great strides in improving women’s mental health, such as The Centre for Women’s Mental Health, Lifeline Australia, The Jean Hailes Foundation, R U OK? and Batyr.

We talk to some of the women and organisations reaping the benefits of Liptember’s work:

Coping with the aftermath of a frightening birth

Nothing could have prepared Marni Johnston for the birth of her first child, Raph.

The exercise physiologist and massage therapist had already had a difficult pregnancy, with infection landing her in hospital several times.

After going into labour, Royal Women’s Hospital doctors told Marni and partner Matt Innes their unborn son was at risk due to meconium in the amniotic fluid, which can cause respiratory distress.

Marni then underwent an emergency caesarean.

“They said it was a standard emergency, but when you’re the one in the emergency, it doesn’t feel very standard,” Marni, 36, says.

“When Raph was born, he wasn’t breathing and they had to suction his lungs before he started breathing and that gave him a bit of a kick-start. He hasn’t looked back since.”

Those first days of motherhood were a blur for Marni, who also had to endure further surgeries due to a hernia she developed during labour.

“It was just completely overwhelming,” she says. “I had mentally prepared for birth and there was nervous excitement, but then when something completely different happened, it was a bit of a shock.”

Doctors recommended Marni take part in one of the hospital’s Centre for Women’s Mental Health programs, which help new mums who may be at risk of anxiety and depression. Marni believes her difficult pregnancy and birth meant she was at risk of developing post-natal depression.

The program was extended this year to include community-based BEAR House, where a maternal health nurse guides new mums through parenting issues and how to communicate and connect with their babies.

“It can reduce the sense of isolation many new parents have,” Prof Newman says.

Thanks to additional funding from Liptember, there are now plans to roll out BEAR House to more community locations.

“Liptember have been very supportive,” Prof Newman says. “We’re in the business of improving the mental health of communities. Babies need the best possible start, and that will pay off in terms of better mental health across the entire community.”

Another of Liptember’s beneficiaries, The Pretty Foundation, is getting recognised for its efforts to empower and inspire girls and women of all ages.

Its annual Pretty Inspirational Awards, held on International Women’s Day, celebrate the achievements of girls under 18.

This year, 10-year-old Claudia Martin was recognised for her anti-bullying achievements with the Pretty Courageous Award.

“Everyone was so proud of me and I got to show everyone that is different like me that we can be winners too,” says Claudia.

Claudia’s autism and learning difficulties made her a target for bullying at school, so she decided to change the narrative.

“Because I’m a bit different to other kids, (the bullying) made me sad and angry, it hurt my feelings,” Claudia says.

“I decided I didn’t want to be bullied anymore. My mum said we should help people understand, which could stop people being mean and help them realise every person is different.”

So Claudia set about educating her classmates about autism and how her brain works differently.

“My superpower is autism. My mum says it’s my superpower because it helps me see the world different to everyone else. I shine brighter. Sometimes it’s very hard and I get angry, but mostly it’s OK,” she says.

For many, having a safe, warm place to sleep isn’t even an afterthought, yet for thousands of Australians experiencing homelessness, a roof over their head is a privilege afforded to few.

That’s why initiatives such as Magpie Nest are so crucial.

The Victorian organisation, in partnership with Liptember, the Collingwood Football Club and the Salvation Army Project 614 Team, provides more than 200 people with a safe place to sleep each night.

The Magpie Nest at Hamodava Café in Melbourne’s CBD serves more than 2500 free meals every week as well as providing accommodation for those in need during after hours.

“We operate 36 private housing across Melbourne in addition to the café,” says David Emerson, director of community and stadia at Collingwood Football Club.

“We’ve come a long way in the decade since launching, but sadly demand is growing, particularly among women.”

Having recently partnered with Liptember, women’s services are a getting much needed boost.

“Liptember supports case workers, which we rely on to help women in crisis get back on their feet. They’re dealing with all kinds of traumas and it’s so crucial that they’re not further isolated, that they feel like valued members of the community,” says David. 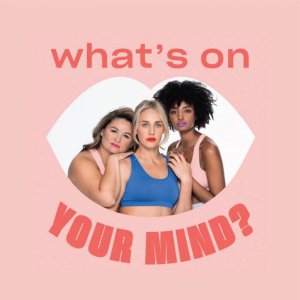 How to support Liptember this September

To support the Liptember campaign, buy a Liptember lipstick from Chemist Warehouse, register online and gain sponsorship for wearing the lipstick.

You can also show your support by purchasing the 2019 Liptember Bag online, which includes a haul of goodies from lip balms to micellar water, facial serum, shampoo and sunscreen. Valued at more than $130, it is available for $29.99. All proceeds are donated to the Liptember Foundation.