If traditional running apps don’t motivate you to lace up your sneakers, these exer-games will.

Sometimes you need an extra push to get out for a jog.

But if you can’t muster up the motivation yourself, or you’re tired of your couch-to-5K app, maybe a hoard of zombies is what you need.

Whether you’re outrunning the apocalypse, capturing ghosts or claiming land, these fun, free apps help increase your fitness while activating your imagination.

Since 2012 this exer-game has been encouraging players to outrun a pack of virtual zombies.

If you’re not fussed about being shadowed by zombies, the goal of each mission will inspire you to get moving – whether it’s reuniting a child with their parent, or providing medical supplies to the local hospital.

You’ll be talked through each mission, and with the witty and captivating scriptwriting (Margaret Atwood was a guest contributor), it’s easy to get caught up in the storylines.

Plug in your headphones and get running, whether it’s on the treadmill or outdoors – just mind you don’t get too caught up in the game and start wondering if innocent passers-bys are zombies in disguise.

If zombies don’t scare you into action, what about ghosts?

Make like a ghostbuster (without all the heavy equipment) and find the spirits located near you.

Using GPS, your phone will guide you to the ghosts and you can then “catch” them.

You can opt to play for 15 minutes, 45 minutes or two hours, and you can also choose to walk instead of run.

But be careful that you’re not taking too long to get to the ghosts – if you’re too slow, they’ll scatter.

While the graphics aren’t much to look at, this is a fun basic game to get you outdoors and moving.

You won’t be chased or have to hunt in this game, the aim of which is to claim and conquer.

Perfect for getting you outside and off the treadmill, Run An Empire follows your route, giving you not only coins for each area you run through but assigning these places as your territory.

Run further to expand your empire, and compete against other players by trying to capture each other’s land.

This is a great way to get your friends and neighbours active as well.

But remember, it’s just a game – legally speaking, you can’t move into the nicest house on the block just because you sprinted past it. Unfortunately.

Want to run your way to fitness? Find out the simple, pain-free way to start running, how yoga can improve your running and how to treat common foot problems before they stop you in your tracks. 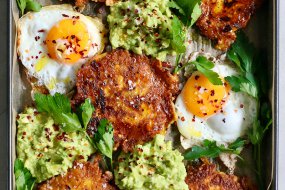