Forget slaving through a 50-hour week; all you need to maximise your productivity is the right sounds and the odd photo of a puppy or two.

We all dream about becoming a little more productive but just how realistic is that particular goal? Productivity Ninja Matt Cowdroy of Think Productive (yes, that’s the title on his business card) says it all comes down to planning.

“All you have to do is spend two minutes planning every morning by asking yourself, ‘What do I want to achieve today?’” Matt says.

“We recommend writing down five things for each day, or if that’s too many, just start with one and leave it there.

“Write too many items and you risk becoming overwhelmed.”

“Knowing where your time is being spent is the most helpful way to understand how to become more productive,” Hollie says.

Need a few other tips to get your started? There are some surprising options out there…

Look at pictures of puppies

Keep a couple of photos of baby dogs on stand-by for times when you need that extra push.

According to a study by Hiroshima University in Japan, researchers who performed a number of experiments on subjects found those who took a “look at pictures of cute animals” break improved their subsequent performance in tasks which required attention and focus.

It doesn’t have to be puppies either – any baby animal will do.

“I’ve never been to me” isn’t exactly going to cut it, but listening to music in the workplace has long been linked to increased productivity – thanks largely to the fact that music releases dopamine in your brain.

The best kind of music?

While songs without lyrics are worth mentioning, it’s found that the upbeat tempo of gaming music might be best of all.

While motivating, it was designed to stay primarily in the background so it can’t distract you.

It might sound counterproductive, but if there’s one thing Matt is obsessive about, it’s taking breaks.

“I’m particularly passionate about taking breaks during meetings – even if it’s just for two to three minutes,” he says.

“A lot of people worry they’re going to lose the attention of others if they walk away for a while, but what will actually happen is that everyone will come back feeling refreshed.”

Matt points to the famous Israeli parole board study which shows judges were in a better mood – and therefore more lenient – once they’d had time away from the bench.

Rather than putting the pedal to the metal all day long, your work life will become far more productive if you work out the time of day you have the most focus and do the hardest things then, says Hollie.

“For example, if you are sharpest just before lunch, you would do the thing that requires the most brain power then,” she says.

Caffeine might be known for taking care of mid-afternoon slumps, but a visit to a cafe can be just as helpful.

One study has found that moderate ambient noises – such as those from your local – enhances performance on creative tasks, while super-loud sounds (85 decibels and higher) do the exact opposite. Can’t get to the coffee shop?

Download an app such as Coffitivity, which offers standard background sounds at various intensities. 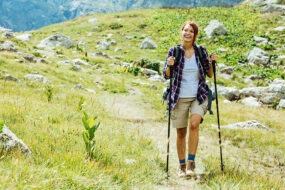 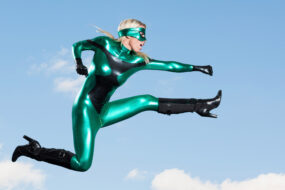