Christmas is a time for giving, but does that mean kids should get everything on their lists? Experts say a less-is-more approach is actually better for children.

Presents are big business, with Australians spending more than $10 billion on the festive season annually.

But if you are among those thinking of downsizing this Christmas, it could be a good idea.

Experts agree you should not be buying lots of stuff to put under the tree – especially when it comes to kids.

Why less is more when it comes to Christmas presents

Buying only a few presents “is not a grinchy thing”, according to child psychologist Michael Carr-Gregg.

“Christmas is not supposed to be about buying gifts to show how much you love them,” says Dr Carr-Greg, one of Australia’s most prominent child psychologists.

“It’s a time for families, and the exchange of gifts should only be symbolic.

“Also, frugality is a really important life lesson to teach, it shows that people’s value is not weighed in material goods.”

“And if you’re consistently giving a child a lot of presents, to what might be deemed a little bit excessive, it can create a sense of entitlement.”

Worryingly some research also shows that fuelling materialism in children can lead to reduced wellbeing in adulthood, including the increased likelihood of marital problems and financial issues.

Christmas gifts for kids: How much is too much?

To avoid getting carried away in the lead-up to Christmas, Dr Carr-Gregg says the trick is to keep it simple.

Also consider the age of the child and whether you might be overindulging.

“When his children were really little he’d throw these lavish parties for them, and buy them the most ridiculously expensive presents, none of which they would ever remember because developmentally you can’t remember stuff under about three.”

Think outside the box: Christmas gifts with meaning

Gifts with personal meaning do carry more impact so it may be about investing time rather than money, says Dr Coulson.

“Thoughtful gifts can cost nothing, but change the trajectory of a relationship a lot,” he says.

He recommends making something, for example, filling a glass jar full of memories written on paper.

“It costs nothing, it costs a few minutes of writing down some favourite memories you have had with someone, but it allows them to reminisce and savour those memories,” he says.

“Research shows that, generally speaking, when we give experiences rather than material items people are not quite as satisfied when they open the gift, but later they love the experience, and the joy that comes from it lasts much longer,” Dr Coulson says.

“So instead of buying the kids a new expensive thing, spend it on something you can do together.

“Obviously, it depends on how old the child is, but those kinds of experiences are going to leave a much longer imprint and deepen the relationship.” 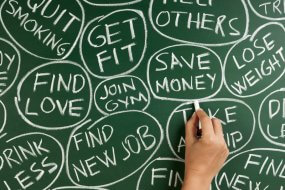 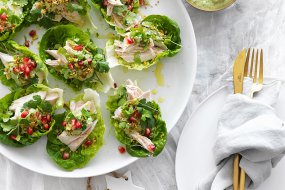 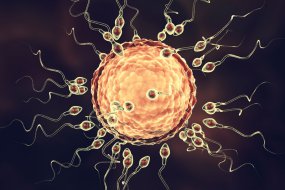