LIFESTYLE  /  Travel  /  When the place you stay becomes the holiday When the place you stay becomes the holiday

Ever checked in somewhere so good it’s hard to leave? Meet the Honolulu hotel that has something for everyone.

It might be its plum location on one of the most recognised stretches of beach on the planet. Its world-famous chefs. Or perhaps the two-storey saltwater Oceanarium.

For a true Hawaiian experience, it’s hard to beat the Alohilani Resort.

Just 30 paces from the whiter-than-white sands of Waikiki Beach, this oasis of tranquillity is proving the go-to destination for those in the know. Reopened in 2018 following a five-year, $125 million redevelopment, the new Alohilani completely transformed what used to be known as the Pacific Beach Hotel.

The area surrounding the hotel once played host to greatest number of royal residences in Hawaii, including Queen Liliuokalani’s home and her beachside cottage.

And when you view the surrounds there’s no question exactly why the royal settled on this particularly princely spot on the Pacific archipelago of eight islands that make up Hawaii. From unparalleled views of the majestic Diamond Head mountain and crater to the endless stretch of bright turquoise Pacific Ocean, there’s no lack of jaw-dropping views at Alohilani.

And it’s not only outside that we’re talking about. There’s a massive custom-built coral wall sculpture by famed artist Nina Helms in the soaring lobby.

And of course the hotel’s famous Oceanarium, a saltwater aquarium with a unique replenishment system that filters directly from an ocean that’s home to more than 1,000 native reef fish.

It means you can enjoy the wonders of the Hawaiian deep sea close-up (without as much as putting on a snorkel) and all while you enjoy a coffee or cocktail. Talk about hooked!

Did someone say lunch? The hotel is also making a name for itself in international culinary circles, with two restaurants led by acclaimed Japanese restauranteur and Iron Chef Masaharu Morimoto.

There’s Momosan – a casual lunch and dinner spot serving up the celebrity chef’s special brand of ramen noodles as well as dishes like soft-shell crab bao – as well as the more upscale Morimoto Asia on the second floor.

Then there is the Lychee breakfast restaurant, the O Bar and Lounge beside the Oceanarium and the Swell Bar on the pool deck serving food, beer, wine and cocktails day and night.

Plenty of places to play Whether you’re in town for some R&R or you’re more the adrenalin-junkie type, you can do as much or as little activity as you like here.

On level five you can watch the surfers at Waikiki from the saltwater infinity pool or get your chill on in the generous spa, cabanas and outdoor lounge (which transforms into a firelit bar at night).

There’s even a “Director of Vibe” at Alohilani, who focuses on entertainment, themed events and other fun things.

Little wonder Alohilani Resort Waikiki Beach was named among the top hotels in Hawaii by Conde Nast Traveller Readers’ Choice Awards 2018 and one of the top 10 best new hotels in USA Today’s 2019 10 Best Awards – don’t miss it if you head to Honolulu. 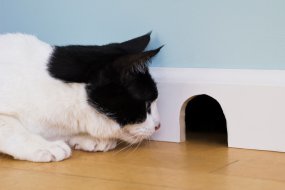 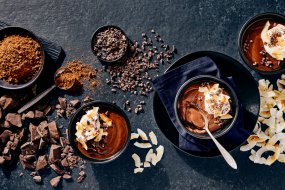