House Heroes: The Joy of Giving

Volunteering isn’t an act of heroism for Therese Macauley, but a way for her to stay connected to the community and make a difference.

Australia’s volunteer workforce is a crucial element in our social fabric, with an estimated 6 million people working in volunteer positions in Australia.

Therese Macauley is one of those volunteers.

“I thought I was going to join to help them when they had fires or maybe prepare some food. I went along to a meeting and I ended up signing up, then I came home and said to my husband, ‘I think I’ve joined.'”

Before she knew it Therese was part of the rescue team working to save lives and property.

“I used to wake my husband to tell him I was going and he’d say, ‘Do you have to go? It’s a bit wet out there and it’s a bit dangerous’ but that’s what I joined to do.”

When a freak tornado wrought havoc in Kurnell (NSW) in 2015, Therese was one of the many volunteers who helped in the aftermath.

“Trees were down in streets and there were boats sitting in trees. It was amazing to see and [the clean up] showed how much everyone enjoys and is rewarded by actually being out there helping people.”

In addition to her work with the SES, Therese also volunteers to help senior citizens maintain their gardens.

“I used to garden with Mum in those last few years,” she recalls. “So when I saw the ad I thought I wouldn’t mind doing that as it was like doing it for my Mum in a way.”

“It helped me, even though my mother died a few years ago, to help somebody else, help another older lady.”

Read more about how volunteering is good for you, or wear orange this Wednesday (23 May) to show your support for SES volunteers. 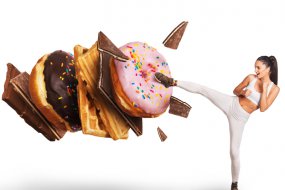