SALT: The lady tradies paving the way for women in trades

When Fi Shrewing became a painter and decorator to help support her five small children she was shocked to learn women make up only one per cent of tradies in Australia.

So she set up an organisation to support and encourage lady tradies.

In less than 10 years SALT, short for Supporting And Linking Tradeswomen in Australia, has grown from just seven founders to over 35,000 members.

The organisation is run by volunteer tradeswomen who are passionate about generating change and encouraging girls and women to consider a career in trade.

“One of my children was in a life and death situation and it was at that point when I realised that everything that I had could be taken away in an instant,’ Fi says. “I thought my life is going to mean something, I’m going to make a difference and so I started SALT.”

SALT addresses the fact there are still only 5500 tradeswomen across the whole of Australia.

“It’s crazy!” Fi says. “It is such a waste of resources. Women have worked in these areas for many years. The Second World War is a perfect example – there were 49,500 women working in munitions, aircraft building and ship building.

“When we first started running SALT it was incredibly difficult for women to get an interview or even to get their resume looked at.

“Some women even changed their names – so if they were called Charlotte, they’d change their name to Charlie. Now we don’t have to do that, so that’s a major shift.”

Heavy Vehicle Mechanic Louise Azzopardi holds training sessions for Girl Guides on how to change a tyre and basic car servicing workshops for girls and women who’ve never held a spanner or inflated a tyre.

She’s enthusiastic about educating young women that they have choices.

“I think it’s important for young girls when they’re going to their high schools that we’re saying to them, it doesn’t have to be retail, or nursing, or admin you’re looking at,” she says.

Carpenter and bricklayer Amy Sirc is one young woman who chose a trade, swapping a fashion career to pursue her passion for building and construction.

“All the qualities and skills I’ve learnt in the past year, it blows my mind to think that, I can do this now and that a year and a half ago, I couldn’t. It’s not just about heavy lifting.”

Energetic SALT founder Fi now wants to empower women with a free basic skills course so they can be more independent when it comes to fixing things around the house.

“We’re also starting a program now to run with women from domestic violence backgrounds, because of the increasing self-esteem you feel as a woman when you can do things for yourself in your own home,” she says.

“If that in itself is all we achieve, then I’m very happy.” 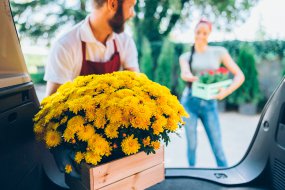 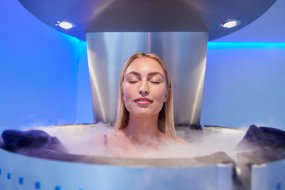 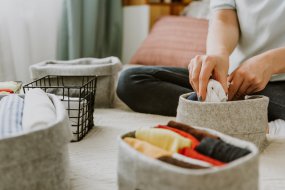 How to declutter once and for all