Our most common fears – and how to get over them

Do you dread public speaking, flying or spiders? If you have a phobia, you’re not alone – but facing your fears is actually good for you.

Are you the type of person who dreads standing up in front of a room of people, runs a mile at the sight of a spider, or always sleeps with a light on?

It’s thought between 15-20 per cent of us suffer from some sort of phobia in our lifetimes.

And while fear is a powerful emotion, when used the right way it can be an incredible motivator.

How to overcome your fears

Research shows if we face fear head on, it can help us make the most of the opportunities in our lives, have more fun and be more social.

University of Western Australia cognitive psychologist Lies Notebaert says real fear can be crippling, but knowing how to overcome it is a skill anyone can learn.

The first step is awareness

Examine your feelings and ask yourself whether your fear is rational or exaggerated. Work out exactly what it is you’re afraid of, and be brutally honest with yourself.

“Past experiences play a big part,” Dr Notebaert says. “If you’re scared of dogs, for example, it might be because you were bitten when you were a child.

While that was one bad experience, you’ve built it up and magnified it so much that you’re convinced you’re terrified of all dogs.”

“Do a cost-benefit analysis in your head. You’ll soon work out you’re going to miss out on a whole lot of things through not facing your fears. You need to acknowledge to yourself that the risks of what you’re scared of are usually very low.”

Instead, focus on positive outcomes and on what you’ll achieve if you overcome your fears.

Push through your fears

“The best way to overcome fear is through exposure. Push through the fear. Think to yourself, I can handle this, then take small steps and build up confidence,” says Dr Notebaert.

“Being scared of something and doing it anyway takes a lot of courage, but it can be done. Successful people don’t feel less fear than anyone else; they feel it and proceed anyway because they want what’s at the other end.”

Our most common fears

There are more than 500 documented phobias, ranging from a fear of germs to a fear of small spaces.

Here are a few of the most common:

More than 40 per cent of phobias are related to bugs (including spiders), mice, snakes, bats and even moths, according to research. It’s thought evolution has a part to play. Our revulsion is a survival response to something that may once have been a threat.

Whether it’s taking off, landing, or turbulence, aviophobia – as it is officially known – is remarkably common.

About 30 per cent of us finding air travel anything from slightly perturbing to utterly horrifying. For many it’s caused by claustrophobia and the sensation of being locked inside a metal tube and having no choice on when to get off. Psychologists say understanding the mechanics of flying can help.

Does the thought of walking into a room full of people fill you with dread? While it’s perfectly normal to feel nervous in social situations, for those with social phobia it’s cause for intense anxiety, with symptoms ranging from excessive perspiration to blushing, trembling and even nausea.

Night phobia (nyctophobia) most often starts in childhood but many people don’t grow out of it. Experts believe it usually originates from a traumatic experience in the past.

If you’re a sufferer it’s likely you refuse to go outside after dark or sleep alone, which can have an enormous impact on your life. You’re also more likely to be depressed and highly strung.

It’s believed one in three people experience some discomfort when exposed to heights. But for those with acrophobia, even being a short height off the ground causes extreme discomfort and distress resulting in vertigo, an increased heart rate and shortness of breath.

The most common of all phobias, some people rank the fear of public speaking – glossophobia – above death. This performance anxiety can seriously impact your life.

Whether you’re giving a formal presentation or seeing your boss about a rise, speaking skills are important. 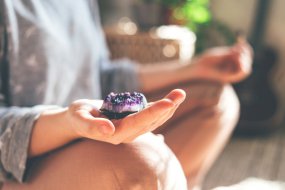 A rookie’s guide to the seven basic chakras What to know about ear seeds 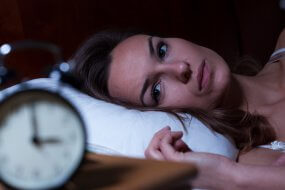 What to know about insomnia

How to spot the signs of high-functioning anxiety 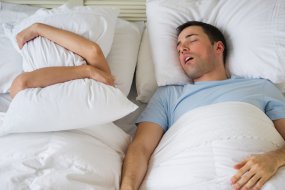 Do you and your partner need a ‘sleep contract’? 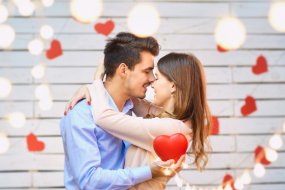