Scams are more prevalent than ever, but while being lured into the trap can lead to financial devastation, it can take an even greater toll on your mental health.

Matt (surname withheld) is the first person to point out that he’s far from “the type” to get scammed.

“I’m someone who has spent years heading up the marketing arm of one of Australia’s biggest retailers,” the 50-something says.

“Having recently sold a property, I had plenty of funds to invest.”

Google searches on 4X trading eventually led to a pop-up advertisement on Facebook – one that enticed Matt to click on the “find out more” button.

“I did my research on the trading platform and found it had plenty of five-star reviews on Trustpoint,” he says.

“The website was professional enough to fool someone with a 39-year career in marketing.

“(It had) education and training videos, and even though I remained cautious, I decided to start conservatively with €250 ($A390).”

As Matt’s confidence in his account manager increased over the weeks that followed, so too did the amounts he invested.

“He called me every day to keep me updated on my money and he did this five days a week for three months,” Matt says.

“Of course, I ended up reinvesting that amount.”

By the time a detective knocked on Matt’s door with the news he’d been caught up in an international investment fraud, he’d already lost more than $A100,000.

The hidden impact of scamming

The financial implications of falling victim to a scam can be enormous, but the mental anguish is often harder to overcome.

According to the ACCC’s Scamwatch, Australians have reported a record $211 million in losses to scams so far this year – an 89% increase compared to the same period last year.

One study from the University of Chester listed anxiety, maladaptive coping strategies and issues with self-esteem and relationships as potential negative impacts scamming may have on an individual’s mental health.

It is an assessment that IDCARE – Australia and New Zealand’s national identity and cyber support service – analyst Kathy Sundstrom agrees with.

“The number one feeling many victims feel is shame – there’s a huge level of embarrassment about being caught in these webs,” Kathy says.

“Depression and anxiety are common, but for many there’s heartbreak too that a perceived relationship wasn’t real.

“I was assisting someone last month who lost $1.3 million to a scam and she kept saying, ‘But he was so nice to me’.”

Matt says his experience had a significant impact on his mental health.

“I suffered depression straight afterwards and found financial reports on the news particularly triggering,” he says.

“Ongoing counselling has been useful in helping me to move forward.

“I still experience feelings of guilt – wondering how I could have been so stupid, but talking about it helps.

“We all have to keep talking because these people thrive in dark corners.”

How to spot a scam

A UK study found those who suffer mental health issues are three times more likely to fall victim to an online scam, but Kathy says scamming can happen to anyone.

“There’s a perception that those who are impacted are the elderly and the computer illiterate.

“But I recently spoke with a female in her late 20s who holds a senior position in a consultancy and she’d lost a substantial amount of money,” she says.

“The truth is that many of those who are young, educated and tech-savvy can just as easily be fooled.”

Although scams currently doing the rounds are numerous, they’re easier to spot if you know what to look for.

Scamwatch recommends to be wary if:

A spokesman for the Australian Cyber Security Centre added this advice:

“Popular, social media and messaging apps are a common way for cybercriminals to harvest information or user credentials that might help gain access to our networks or devices.”

Worried you’ve been caught up in a scam? Scamwatch offers information on steps you can take to limit the damage and protect yourself from further loss.

To report a scam, contact the Australian Cyber Security Centre at cyber.gov.au. If you require support, contact IDCARE on 1800 595 160. 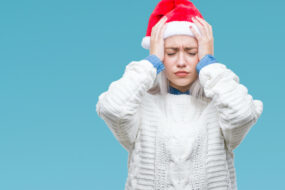 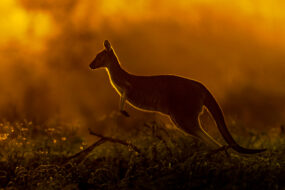 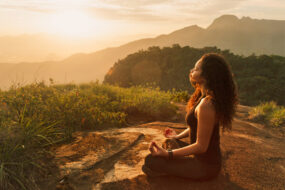