WELLBEING  /  Recharge  /  Reality check: Should you invest in a weighted blanket? They’re said to help alleviate stress, lower anxiety and promote better sleep, but can a blanket really do all that and more?

Considering their expensive price tag, we take a look at whether a weighted blanket is really worth the investment.

How does a weighted blanket work?

A weighted blanket resembles a conventional quilt that is filled with small weights made of materials such as plastic, glass or metal.

This weighs the blanket down and gives the user a feeling similar to a hug or being held which is said to be soothing and calming.

What are weighted blankets used for?

Weighted blankets have been used for several years to help soothe some children with autism, says occupational therapist Annette Joosten.

The Australian Catholic University associate professor says they have traditionally been used to help children who were experiencing over-alertness or over-arousal that was preventing them from participating in everyday activities.

Providing deep pressure via a weighted blanket was believed to help calm some children and would aid in self-regulating this behaviour.

The blankets have become mainstream in recent years, and marketed as a wellness accessory that can help ease anxiety and stress and promote a better night’s sleep.

What the experts say about weighted blankets

Annette says weighted blankets are now used less often by occupational therapists, because of the lack of robust evidence about their benefits.

Evidence is largely anecdotal and subjective, and “we have no evidence at a central nervous system level and physiological level that they actually make a change”, she says.

Instead, occupational therapists have moved more towards evidence-based tactics to manage stress and reduce anxiety, such as mindfulness or other cognitive strategies.

Australian Psychological Society president Ros Knight says while some people may find weighted blankets effective, it’s important that “evidence-based practice would be the first place to start” when it comes to treating issues such as sleep disorders and in particular anxiety and stress.

It is worth considering a holistic approach rather than one tool, she says.

This could be developing good sleep hygiene practices or using proven stress-relieving techniques such as exercise or meditation.

Is a weighted blanket worth the price?

With most weighted blankets costing hundreds of dollars it’s a significant financial investment.

While Annette acknowledges that they may reduce restlessness and be a useful sleep aid, she says if you’re buying one “with the belief that it will cure stress or reduce stress and anxiety, then it is a waste of money”.

If you simply like the feeling of a heavy blanket and find it relaxes you much the same way a warm bath or a cup of tea would do, then buy one.

But if you’re expecting it to do more than that, you may be better off directing your money to other more proven methods of dealing with anxiety, stress or sleep problems. 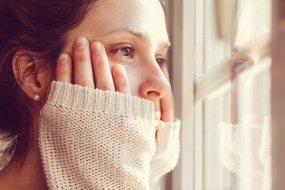 What day is it again? Finding something to look forward to in lockdown 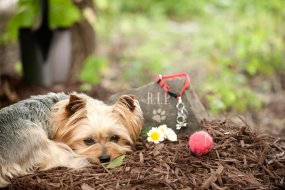 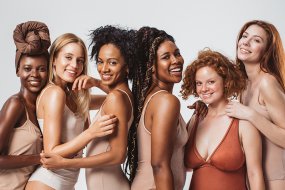 The very real dangers of a broken heart