LIFESTYLE  /  Travel  /  How Hawaiians are protecting ‘paradise on earth’ How Hawaiians are protecting ‘paradise on earth’

Hawaii’s ever-increasing popularity is causing major environmental problems in the archipelago, but passionate locals are on a mission to protect their beautiful surrounds.

It’s known as paradise on earth, so it’s no surprise an increasing number of people want to either call Hawaii home or visit its turquoise shores.

The Hawaiian Tourism Authority reveals the 50th state in the US received a record 9.3 million visitors in 2017, 4.6 per cent up on the previous year.

Studies into the impact of this influx, including one from the University of Hawaii, have found being a tourist mecca has led to numerous problems – not the least the introduction of invasive species, degradation of sensitive eco-systems and widespread pollution on land and water.

Fighting back against invasive species

But locals are fighting back and right across Hawaii’s eight islands there are moves to protect its coral reefs, native forests, lush landscapes and endangered species, as well as nurture new and sustainable businesses.

The He’eia Estuary Restoration Project in a beautiful State Park on the east coast of Oahu is just one example.

Here local non-profit watershed management group Hui o Ko’olaupoko (HOK) has been hard at work for the past four years on their largest project to date.

At the mouth of the He’eia Stream, volunteers are helping clear invasive mangrove and other non-native plants to try and restore water flow, re-establish native species and improve the habitat for local aquatic animals and birds.

The green sea turtle, or “honu” in local tongue, is just one of the endangered animals and plants the Department of Land and Natural Resources says is being affected in what it describes an invasive species crisis in Hawaii.

Unique among sea turtles because they are herbivores, eating mostly seagrass and algae (which gives them their colour), nesting green turtles were once abundant in the islands.

One Ocean Diving, an Oahu-based company founded by marine biologist and conservationist Ocean Ramsey (yes, her real name!) is determined to see numbers return and is cultivating a meticulous photo database to keep track of the local population.

Using hemp to help the ‘aina’ – the land

On Hawaii Island, the Big Island, sea-loving farmer Clarence (Cab) Baber and wife Gail, from Hawaii Royal Hemp, are also having an impact.

For 30-plus years they’ve actively advocated for Hawaiian farmers to be able to grow industrial hemp.

Cab, who travelled to the islands in 1978 to surf big waves and never left, believes hemp can play a pivotal role in re-creating a sustainable Hawaii as well as providing a viable and potentially lucrative crop for farmers.

Co-founder of the Hawaii Organic Farmers Association he says the crop can restore former sugar cane lands, including helping to immobilise herbicides and other toxins.

Growing microalgae on the Kailua-Kona Coast

Also on Hawaii’s Big Island – on a pristine stretch of coast that was once just barren black lava – is a 36ha microalgae production busy cultivating the mineral-rich organism to be sold as nutritional products.

It is owned by Cyanotech, set up by world authority on microalgae Dr Gerald Cysewski.

He picked the Kona Coast with its consistent light, warm temperatures, low rainfall and proximity to the deep sea waters of the Pacific Ocean as the perfect place to harvest microalgae.

We’re sure everyone mentioned above would agree with American travel writer and novelist Paul Theroux, who said “Hawaii is not a state of mind, but a state of grace”.

Now just to keep it that way. 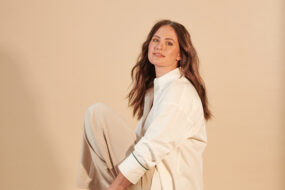 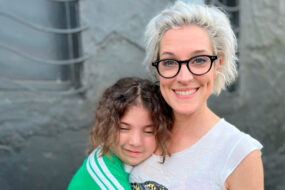 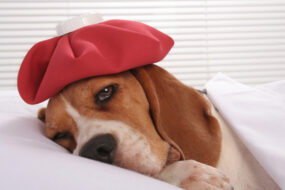