AFL and NRL legends Nick Riewoldt and Johnathan Thurston were superstars of their respective codes as players. Now in retirement they’re equally as inspiring.

Former St Kilda champion Nick Riewoldt and ex-North Queensland Cowboys play-maker Johnathan Thurston were adored for their game-changing feats on the field in their day, but the work they’re committing themselves to since hanging up their boots is potentially life-changing.

Both Nick and Johnathan have dedicated their time after professional football to initiatives close to their heart.

For Nick that has been Maddie Riewoldt’s Vision, while Johnathan has focused on the Johnathan Thurston Academy, an organisation he launched in February 2018.

In loving memory of Maddie Riewoldt

Nick and his family established Maddie Riewoldt’s Vision shortly after the death of his sister from a bone marrow failure syndrome in 2015.

Founded to fund medical research into finding a cure bone marrow failure syndromes, Nick is proud of the difference the organisation’s work has been able to contribute.

“We’ve seen some real tangible results,” Nick, who retired from playing in 2017, says.

“We’ve funded 15 research projects, established a centre for research excellence in bone marrow biology, and we’ve done work in genomics and are moving towards clinical trials and altered the outcomes of patients who’ve been misdiagnosed, or improved their treatment plans.

“One little boy in particular for 18 months went undiagnosed – through the genomics fellowship that we funded, he was diagnosed, and now he’s had a bone marrow transplant and is in remission.

It’s pretty significant. Out of a horrible situation it’s a pretty strong legacy.

After farewelling NRL at the end of the 2018 season, Johnathan, a proud aboriginal man, has focused more closely on his academy and helping young people, especially indigenous Australians, to access educational and vocational resources.

“I’m passionate about my culture, especially in the education space, and I really want to inspire the next generation of our culture through that space,” Johnathan says.

Launched at the start of 2018, the Johnathan Thurston Academy runs learning, community, employment and youth programs aimed at equipping young people with the skills, information and qualities to positively shape their future.

“We only launched in February (2018). We’ve got over 400 people full-time work around the country, so that’s most pleasing. It’s a proud moment when I think of that, but certainly the schoolchildren, they’re the ones I want to inspire to be the best person that they can be.

“If they are, they’re going to be better for their community, wherever they come from. We’ve got some really exciting times ahead.”

I’m passionate about my culture, especially in the education space, and I really want to inspire the next generation of our culture through that space. Return to the grand stage

Footy fans will have the chance to see Johnathan and Nick’s skills with the football one more time on the respective AFL and NRL grand final days as part of Chemist Warehouse’s House of Finals campaign.

The two former captains are both stepping up to take a kick that could win $1 million for one lucky Chemist Warehouse shopper at each of the AFL and NRL grand finals.

While both Nick and Johnathan, who each have grand final experience, are well accustomed to high-pressure situations on the field, the potentially life-changing outcome of this one kick is not lost of them.

“It’s a great initiative, it’s potentially life-changing. I’d love to be able to nail it for them,” Nick says. “I’ve had shots after the siren before, but to be able to change someone’s life so significantly based on whether I execute a kick – there’s a bit of expectation and pressure there.”

Your chance to win $1 million

Throughout the House of Finals campaign this month, Chemist Warehouse shoppers can collect their free promotional AFL or NRL medallion when they purchase selected products from Swisse, Oral B, Ego QV and Schick.

The campaign runs until September 22. Register your medallions at chemistwarehouse.com.au/houseoffinals. 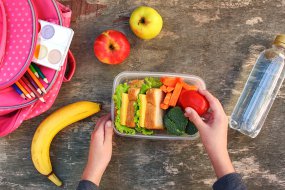 Inside the fast-paced life of Olympic swimmer Brianna Throssell Michael Bublé: ‘To really love someone, you have to risk it all’ 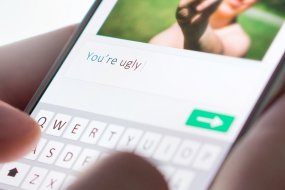 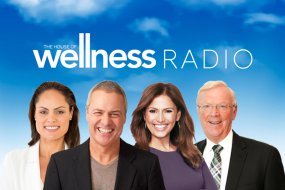 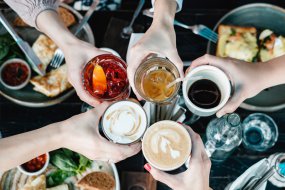 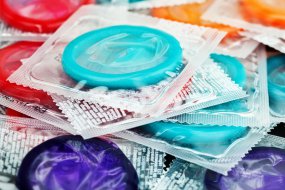