Why sea greens shape as super foods of the future

Leafy greens such as kale and spinach have become a dietary staple, but a new wave of leafy sea plants are moving on in. Here’s why they are good for you and the planet.

If you’re a sushi fan, you’ve already met nori, but when it comes to sea vegetables, that’s just the beginning.

In Australia the main type of sea vegetables that we’re eating are seaweeds.

And there are many different types, including kelps, such as kombu and wakame, dulse, sea lettuce and, of course, nori.

According to a panel of dietitians who participated in last year’s Dietitians Australia National Conference, along with fungi and insects, seaweed is something we’ll be eating more of in the next 30 years as the food production industry confronts the challenges of climate change and how to feed a growing population.

“We need to prioritise food production that is both nutritious and supports our environment,” dietitian Dr Rosemary Stanton says.

“This means highly processed, nutrient-poor foods need to be dramatically reduced, and we also need to consider the types and quantities of animal foods we produce.”

Seaweed naturally filters out and stores some of the best minerals from the ocean as it grows, including zinc, magnesium, potassium and iron.

While some seaweeds contain more potassium than a banana, others have more iron than spinach.

They also provide dietary fibre, a wide variety of antioxidants and a range of water- and fat-soluble vitamins.

Some are also a source of omega-3 and omega-6 fatty acids.

Seaweed-rich diets have been linked to everything from heart health to protection against breast cancer, immunity benefits and improve gut health.

Why eating sea greens is good for the planet

As well as being a rapidly-growing resource, seaweed farms don’t require feed, freshwater or fertiliser and there’s no waste produced either, making it one of the most sustainable forms of agriculture on the planet.

When fish were fed seaweed in research conducted at the University of the Sunshine Coast (USC) their immunity dramatically improved.

Eventually this could reduce the aquaculture industry’s reliance on antibiotics, something that contributes to antibiotic resistance, an urgent threat to public health.

“From an environmental and human health point of view, any effort to reduce our use and reliance on antibiotics in aquaculture is a positive step,” says USC seaweed research group leader, Professor Nick Paul.

He says antibiotic-resistant bacteria is expected to cost the global healthcare system $1 trillion per year by 2050.

What you need to know about sea greens

Some seaweeds are brown algae and others, such as nori, are red.

Here’s a few other need-to-know facts about some lesser-known seaweeds.

Dulse: This is a red algae and like most edible seaweeds available in Australia, you’ll commonly find dulse dried, as either flakes or whole leaves.

Dried dulse can be eaten raw or cooked, as a snack, used as a salt substitute in soups and stews, sprinkled through a salad, or as a topping for scrambled eggs or avocado on toast.

Wakame: Despite its green colour, wakame is actually a brown algae and is commonly rehydrated and used to make the seaweed salad served in sushi restaurants, as well as being added to miso soup.

You can also use it as a vegetable in stir-fries or served lightly blanched.

Kombu: A type of kelp, kombu is used to make dashi, a Japanese stock that’s the basis of many other dishes, including miso soup.

At home, you can use it as a vegan or vegetarian source of umami – that savoury taste – in stocks, soups and sauces.

Sea lettuce: There are a few different varieties of these and they’re all green algae.

Like kombu, sea lettuce delivers an umami flavour and can also be used in recipes, meals and dishes to replace salt.

Irish moss: Another type of red algae, one of the most common uses for this seaweed is turning the dried flakes into a gel.

This can then be used instead of eggs or gelatin in baking, as an oil replacement in dressings and added to sauces to thicken them. 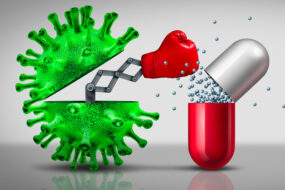