LIFESTYLE  /  Parenting  /  Why father’s groups are important for dads Why father’s groups are important for dads

Mother’s groups can be a vital source of friendship and support for new mums – but men are increasingly seeking out a place to bond with other new dads too.

When Thomas and Katherine Docking found out they were expecting their first baby, Thomas worried how he’d cope with fatherhood.

After daughter Evelyn was born in 2014, Thomas, 36, researched what help was out there for new dads – and was surprised to find very little.

“I thought, ‘How can there be all this support for new mums but nothing for new dads?’” he says.

“They are an informal catch-up, usually weekly starting with a surf then we go home, scoop up the kids and go to a cafe or park,” Thomas says.

Dads chat, ask questions and support each other.

“The focus shifts from guys demonstrating their masculinity to guys learning from one another. It’s really special.”

In just five years, Dads Group has set up more than 100 fathers’ groups around Australia.

“Expectations and norms and what it means to be a father have shifted radically – towards the idea of an involved and nurturing father and away from the idea of a distant, authoritarian, disciplinarian father,” he says.

“Fathers, particularly involved fathers, experience some of the same challenges as mothers, such as isolation, loneliness and being on a steep learning curve, so these groups are valuable as a source of support and community as well as helping fathers develop skills.

“They also offer the opportunity for critical reflection and are invaluable for dads to think about the messages they got from their own dads.”

Benefits include helping dads bond with their children, and boost their competence and confidence in their ability to parent.

“Dads who want to be motivated and supportive can learn a lot from hanging out with other dads, so we find this means the mums support this program, too,” he says.

“It gets dads better connected with their partner and children, but also with dads in their community.” Parenting dilemmas: Should you let kids watch the news? 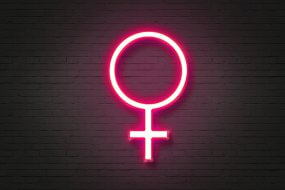 Staying fit through coronavirus: Top ways to work out at home

Foods that can help boost your immune system What it’s like to live without a sense of smell