Why skipping breakfast might actually help you lose weight

It turns out the so-called ‘most important meal of the day’ may not be helping us control our weight after all.

For years we’ve been told that breakfast is one meal we shouldn’t miss, for kicking our brains and bodies into gear each day.

The conventional wisdom was that it helped us lose weight by speeding up our metabolism to avoid hunger pangs and overeating later in the day.

But that brekky myth may now have been debunked by Monash University researchers after they reviewed 11 different studies on the impact of skipping breakfast on weight and metabolic rate.

What the new science shows about breakfast

They found there is no good evidence to support the idea that eating breakfast promotes weight loss, or that avoiding it leads to weight gain.

In fact, their analysis showed the daily calorie intake of breakfast eaters was higher than in those of “skippers”, and that missing breakfast didn’t cause greater appetite later in the day.

While stressing the quality of studies was low, the scientists say their review calls into question the popular recommendation that eating breakfast can help with weight control.

Another tick for intermittent fasting

The 5:2 diet guru and best-selling author Dr Michael Mosley is a firm believer in giving our bodies an occasional break from food.

In his latest book and online program, The Fast 800, he recommends restricting eating to a 10-hour window, so when can help switch our bodies into fat burning mode.

The science journalist also advocates following a low-carb Mediterranean diet and a limit of 800 calories two days a week.

Giving your digestive system a break

“If you go for longer periods without food, 10 or 12 hours at a time, your body goes into what’s called negative protein balance,” he says.

“That means finishing eating around 8pm to 9pm and not starting again until 8am or 9am each morning.

“Instead of producing new proteins, it starts to get rid of the old, broken-down ones. It’s the equivalent of taking your body to the garage.”

Studies also show our community of 100 trillion or so gut microbiome can benefit from short periods of fasting. It seems that, just like us, they need a little time to rest and recuperate.

If you are a breakfast eater, even if you’re having it mid-morning after a fasting interval, here’s one of our faves from Michael Mosley’s breakfast recipes. Happy cooking! 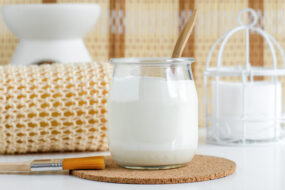 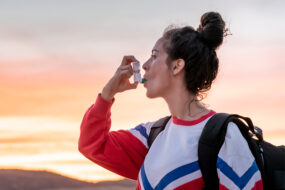 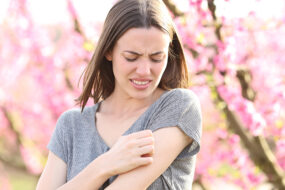