Laughter yoga: The healing powers of a giggle

If you’re stuck in a cycle of stress or negativity, or your heath is suffering, laughter yoga might help you shift the needle.

Think of your average yoga class and you might not necessarily picture a room full of people laughing hysterically (unless it’s nude yoga or beer yoga).

However, laughter yoga doesn’t involve rolling out a mat and executing a smooth downward dog.

What is laughter yoga?

Laughter Yoga Australia chief executive Merv Neal says “everybody thinks yoga is standing on one leg and putting your ankle behind your left ear”.

Combine traditional yoga breathing techniques with laughter and rhythmic clapping, and you have laughter yoga.

So how does laughter yoga work?

Laughter yoga is a process that enables people to laugh – even if they don’t feel like it initially, Merv says.

“We shift people’s mood in a very positive way, but we don’t do it with comedy or jokes, and that’s the difference between going to a good stand-up comedian or coming to a laughter session.”

Merv says it’s all about putting laughter into the body and letting the mind catch up.

“Our philosophy is the body, including the brain, doesn’t know the difference between real or simulated laughter, so as long as we go through the process, which is laugh, clap, breathe, laugh, clap, breathe … we actually go from what I call weird to wonderful to wow,” he says.

The “weird” is the communal awkwardness at the start, and the “wonderful” is when chemicals including endorphins are released into the body, and laughter starts to flow unconditionally, Merv says.

“By the end of the session, after we’ve been laughing for half an hour, we have a little grounding exercise and a meditation and they come out of that and go ‘wow’.”

The benefits of laughter

“Endorphins we know promote stress relief and relief of tension, and that in turn can lead to improved wellbeing and reduction of illness,” Mary says.

Stress – particularly chronic stress – can have a negative impact on the immune system and reduce our ability to fight off poor health, Mary explains.

How focused breathing keeps you in the moment

Focusing on your breathing can have a huge impact on your wellbeing, Mary says.

“When we’re focusing on the breath, we’re very much focused on what is happening and what is going on for us right now, rather than focusing on what happened yesterday or what might happen tomorrow,” Mary says.

Who can benefit from laughter yoga?

Merv says his sessions are tailored around whatever the class is trying to achieve – from therapy to maintaining wellbeing.

“So for example, if we’re trying to reduce anxiety levels due to Covid, we’ve got five particular laughter exercises,” he says.

If he’s working from a therapeutic point of view with people in hospital, or in aged care, the exercises will be quite different.

While he doesn’t claim laughter yoga can magically fix people with diabetes or cancer, Merv says it may help with the mental aspects.

Plus, endorphins are known as the body’s natural painkillers.

“It can all of a sudden shift that mindset away from focusing on the chronic pain or the chronic illness,” he says.

“We can then turn the mind around, and hopefully the body will follow.” 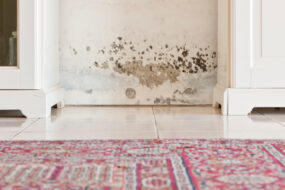